There is no better way to experience an authentic Italian meal than at the Serafina restaurant.

Italian is undeniably one of the most popular types of food in the U.S. and the world. From creamy pasta dishes to pizzas piled high with toppings, Italian cuisine delivers impeccable flavors, aromas, and fresh ingredients that will leave you satisfied and with a full belly.

Fort Lauderdale, FL has its fair share of appetizing eateries that serve up delicious Italian fare. Before unveiling Fort Lauderdale’s best Italian restaurant, check out some of these interesting facts about Italian food and Italy.

What Is Italian Food?

Italian food is a diverse cuisine that has garnered worldwide fame. This Italian food culture has a unique history that captures both the taste buds and hearts of many. Italian food is known for its simplicity, the freshness of the ingredients, and the long generation of food tradition.

The most common ingredient used in Italian food is olive oil, both in cooking and to finish off salads and other dishes. Either fresh or quality dried pasta is an essential, as well as aged Parmigiano Reggiano, and certain varieties of tomatoes, like San Marzano.

Great Italian food is known for its hodgepodge of flavors that seamlessly blend to create a memorable meal. Some of the most common spices used in Italy include oregano, basil, sage, thyme, and rosemary. Other seasoning ingredients often used to create unique flavor profiles include parsley, garlic, red chili flakes, and black peppercorn.

While Italian food has remained a global sensation for centuries, most people know little about the history and use of Italian ingredients and flavors. Check out these interesting facts about Italian food and Italy:

There are twenty Italian regions, each with its own distinctive set of recipes, products, ingredients, and flavors. It wasn’t until the mid-19th century that these Italian regions were officially united as a nation, meaning each region retained its own identity in terms of Italian dishes.

The natural landscape and climate have played a key role in shaping Italy’s regional cuisines. For example, tomato-based and bright olive oil recipes tend to predominate in the Northern regions, while creamy risotto and other rich and hearty options prevail in the South.

Some Italians cook with local, fresh, and seasonal ingredients, while others draw influences from neighboring countries. You’ll encounter different Italian dishes depending on where you go, whether it’s an area by the sea, the hills, the mountains, or areas bordering other countries like Austria or France. 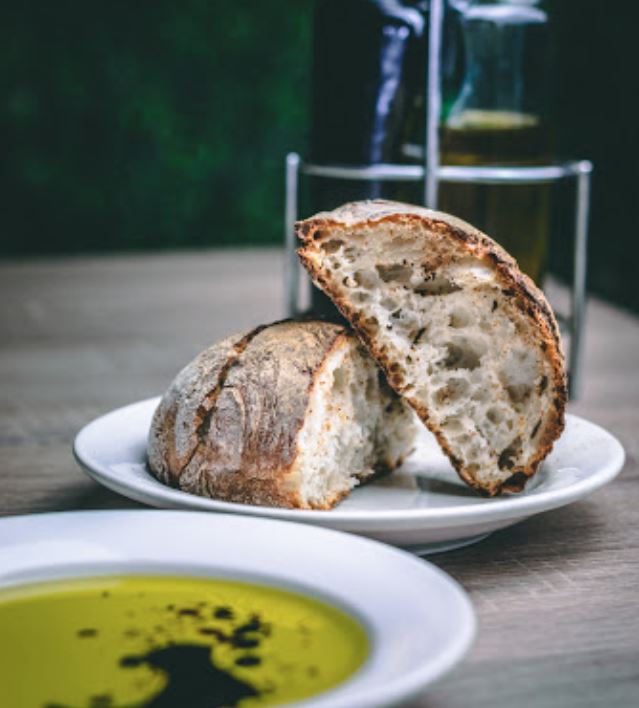 Tomatoes, otherwise known as ‘pomodori’ in Italian, were first introduced in Italy from the New World in the late 16th century. By 1692, the first tomato sauce recipe was featured in a cookbook by Antonio Latini, ‘Lo Scalo alla Moderna’.

This ultimately set the base for the Italian tomato sauce that we all know and love today. It also contributed to variations of the classic sauce, such as marinara sauce, arrabbiata sauce, and puttanesca sauce.

Today, tomatoes are commonly incorporated into a wide range of Italian dishes. Their tangy taste delivers an extra layer of flavor interest to the palate and helps creates the perfect balance of sweet, sour, and acidity.

3. Italy is the 2nd Largest Producer of Olive Oil

Olive oil is a symbol of Italian food with extra-virgin olive oil reigning supreme. Not only does it give dishes a buttery taste with pepper undertones but it is also a healthy ingredient rich in good fats and high in antioxidants.

Italy is the second largest producer of olive oil in the world following Spain. You’ll find olive trees scattered throughout Italy; however, the actual production of olive oil takes place mainly in the southern regions, such as Calabria, Sardinia, Puglia, and Sicily.

4. Antipasti Has Nothing to Do with Pasta

Despite the name, antipasto is actually not a pasta dish. Instead, it is an appetizer commonly served before the first course of a meal and often consists of cold meats, bruschetta, cheese, smoked fish, olives, and various vegetables.

While delicious, antipasto is typically not served with everyday meals. These bite-sized portions are more commonly served during formal meals or when dining in authentic Italian restaurants.

As antipasto comes at the start of the meal, it is designed to simply whet the appetite rather than satisfy it. The various ingredients are often presented “family-style,” meaning on a main platter or board in which everyone seated at the table can help themselves.

5. Marco Polo Did Not Introduce Pasta into Italy

Marco Polo was a Venetian explorer and merchant who is believed to have traveled across Asia along the Silk Road from approximately 1271 to 1295. During these travels, it has been said that he brought pasta to Italy from China. This legend has been deemed false.

Historians have found that pasta was introduced to Italian regions before Marco Polo even began his journey to the East. According to a book published by Silvano Serventi and Francoise Sabban, China was the first country to develop the art of noodle-making but pasta already existed in the Mediterranean world long before Marco Polo arrived.

6. There are Over 600 Shapes of Pasta in the World

Most people are familiar with the most popular pasta shapes, such as spaghetti, penne, linguine, and macaroni. However, did you know that there are actually more than 600 shapes of pasta in the world?

Al dente is a term used in cooking when discussing pasta and describes the ideal consistency of the pasta once it has been cooked. The literal translation of the phrase means ‘cooked to the tooth’, meaning the pasta has been cooked but still has a firm bite to it.

When cooking pasta in Italian culture, it should always be cooked al dente. Never overcook pasta as this can cause it to get too mushy. Al dente pasta will hold its shape and not be too soft or limp. When cooking pasta at home, the golden rule is to cook it for approximately two to three minutes less than the time it calls for on the box to reach al dente.

8. Italy Has Many Different Varieties of Cheese

Cheese holds a prominent spot in Italian cuisine and for good reason. The brain’s “reward center,” releases dopamine when we consume salty foods like cheese to encourage us to eat more.

Italy has more than 2,500 different varieties of cheese, the highest in the world. However, only about 500 are commercially recognized. Most Italian cheeses are produced locally with some of the most famous Italian cheeses being Mozzarella, Parmigiano Reggiano, Pecorino, Grana Padano, Gorgonzola, and Ricotta.

In Italian cuisine, cheese may be added directly into a meal or even sprinkled on top and allowed to melt, adding amazing taste and texture to any dish.

The expression ‘Buon Appetito’ has long been used when enjoying Italian meals. In Italy, every meal begins by wishing everyone around the table to ‘enjoy their meal’ by saying ‘Buon Appetito.” The phrase actually translates to “good appetite” and has been used as far back as the Middle Ages.

In return, you can say “Grazie, altrettanto’, meaning “Thanks, same to you.’ You can also return the gesture and say ‘Buon Appetito.’ In Italian restaurants, waiters often say this phrase with a smile when serving your meal.

With so many amazing dining establishments throughout the Fort Lauderdale area, it can be hard to choose. However, if you want America’s best Italian restaurant, then stop at Serafina Italian Restaurant.

Enjoy a beautiful, candlelit lunch or dinner (or brunch on the weekends!) in the trattoria situated in Victoria Park. The restaurant offers gorgeous views of the Middle River, as well as a charming ambiance and mesmerizing aromas of Mediterranean flavors.

If you’re planning a visit to Serafina for a true Italian experience, here are some things you can expect: 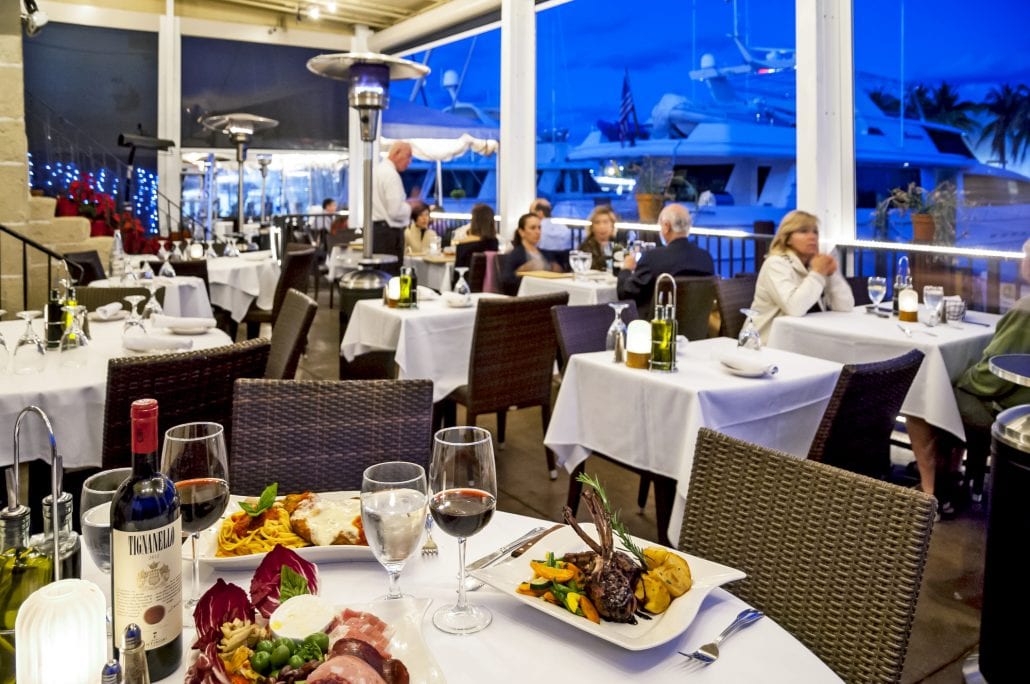 A gift card to Serafina Italian Restaurant is the ideal gift for all occasions. Your friends and loved ones will enjoy receiving a gift card that will allow them to try real, handcrafted Italian food made from scratch.

While there’s no better way to experience an authentic Italian meal than at the Serafina restaurant, it may not always be possible to travel. Whether you’re stuck in the office or want to enjoy a delectable meal in the comfort of your own home, you have the option to order Serafina for delivery.

Serafina’s delivery menu includes all of your favorite appetizers, soups, salads, sides, and pasta dishes. You’ll also find a wide selection of fish, meats, and risotto. Delivery is available through Uber Eats in Fort Lauderdale. Delivery fees can vary depending on a variety of factors, such as location.

There is a possibility that delivery may not be available everywhere in Fort Lauderdale. You can find out if your location can be delivered to by entering your address on the delivery page on Serafina’s website.

If you’re planning an upcoming visit to Serafina Italian Restaurant, consider making a reservation to ensure that there’s an available table waiting for you upon your arrival. Reservations can be conveniently made on Serafina’s website using OpenTable or you can call the restaurant directly at (954) 463-2566 to make reservations over the phone.

Once you have made a reservation, you will receive a confirmation via email or text message. Serafina is open seven days a week, meaning you can enjoy a tasty meal on your own schedule.

Want a glimpse of what you can expect when you dine at Serafina? Head over to the Serafina Waterfront Trattoria website @serafinafortlauderdale to see some of the restaurant’s latest food pics. You’ll also find event updates and other great information so be sure to follow!

If you’re planning an upcoming visit to Serafina Italian Restaurant, consider making a reservation to ensure that there’s an available table waiting for you upon your arrival.

there’s no better way to experience an authentic Italian Teal than at the Serafina restaurant.